Three outright winners and three top scoring place ‘wildcards’ – entrants deemed by judges as too talented to not be in the running – make up the final six chefs for the North West Young Chef final. The final is set to be held on the 23rd May. 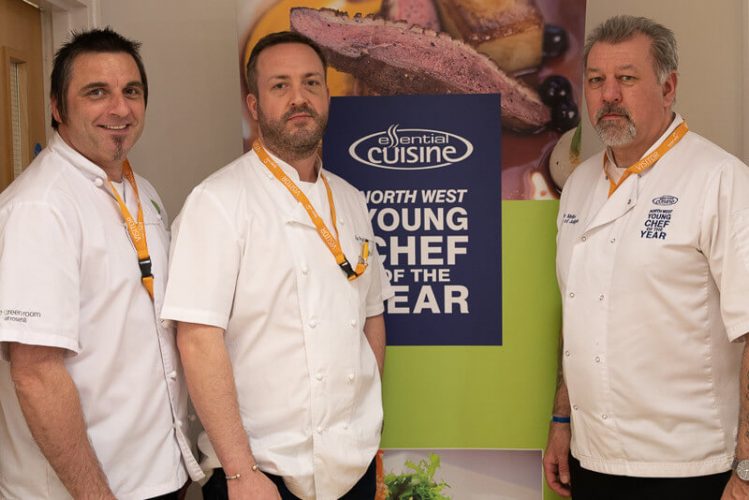 Led by Brian Mellor, Chairman of Judges, three semi-finals were executed during April and three very worthy winners found. The judging team then compared all the remaining participating chefs to allocate an additional three places for the final. Completing the 2018 Final line up is; Alasdair Aitken from Chefs Table in Chester, Mai Trising from Black Swan Hotel in Cumbria, and Cyril Gabriel from Carden Park in Cheshire.

Chairman of Judges Brian Mellor explains: “We adapted the competition last year to find the best in the North West. And with a third semi-final added to the format for 2018, it looks like we’re achieving that. The quality and intensity of the cook offs could have easily been the final, with the passion and dedication really shining through.”

Speaking about the ‘wildcards’, Brian commented: “The three that have subsequently made it through to the final were all a cat’s whisker away from winning their respective semi-finals. The high standards of the competition are being pushed even further than ever before.”

Essential Cuisine Business Development Chef and judge, Jonathan Harvey-Barnes, comments: “Across the three semi-finals, each young chef impressed with their skill, meticulous menu planning and execution. In the end, we have six extremely worthy finalists. The margins between the competitors are so narrow that it is going to be very hard to call. This sets us up for a closely fought Final, I can’t wait to see what they produce on the day.”

The Finalists in full:

The competition, sponsored by CHR, Sousvide Tools and Essential Cuisine, now gives the 6 Chefs the opportunity to attend a master class with an acclaimed chef to hone skills with the industry’s best, before the final on 23rd May.

Alongside the kudos of being crowned the North West Young Chef for 2018, the winner will receive £500 and automatically qualify for the semi-finals of the Craft Guild of Chefs’ Young National Chef of the Year competition, where they will square off against the best young chefs from the rest of the country.