A high number of quality entries into 2018’s North West Young Chef of the Year Competition has led organisers to add an unprecedented third semi-final, to be held at Warrington College this April. 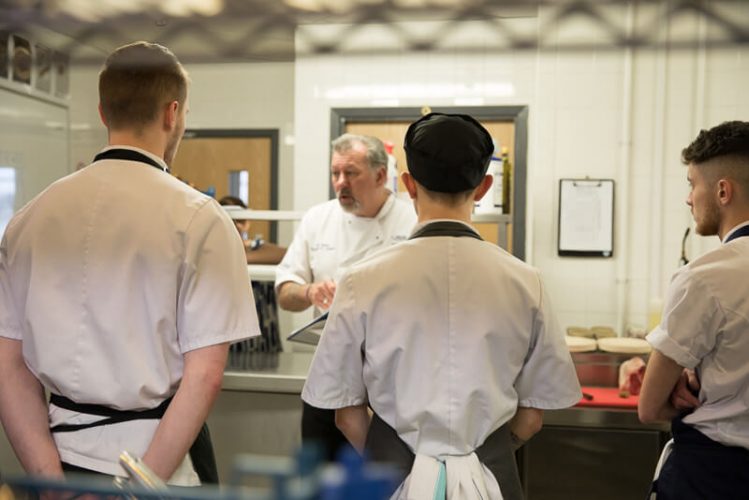 Judges, including Chairman Brian Mellor and Jonathan Harvey-Barnes, Senior Business Development Chef at lead sponsor Essential Cuisine, called for the move in light of a record number of high quality entries, many of which they found couldn’t be separated.

Winning the competition means an automatic seed into the national semi-finals; Brian puts the surge in interest around the competition down to a highly successful 2017 which saw three previous winners, including the current title holder, l’enclume’s Thomas Reeves, storming the nationals and performing a remarkable 1-2-3 finish.

Thomas said: “Last year’s result really hit home the weight of talent that this region is able to call upon, and I’m in no doubt that the fantastic response from so many aspiring young cooks is in no small part, down to that.”

Chairman Brian Mellor added that “as a judge, you are always looking for that flash of inspiration from an entry and this year I’m proud to say that we have seen this from a great number of

candidates. So much so that we thought it only right and fair to arrange a third cook off.”

The semi-finals will be held at Kendal College (Wednesday 11th April), and two at Warrington College (Thursday 19th April AM and PM respectively), with chefs from Greater Manchester, Lancashire, Merseyside, Cheshire, Cumbria and Shropshire, squaring off in high pressure cook-offs.

Two talented chefs – one winner and one runner-up – from each semi will be sent through to compete in a final, held on 23rd May 2018. The state-of-the-art kitchens at South Cheshire College will provide the backdrop for the final which, alongside the coveted title and national semi-final seed, will see one chef scooping £500 in cash and a weekend for two at Cheshire’s The Mere Golf Resort & Spa.