The hunt for our 2018 North West Young Chef of the Year has begun in earnest, with the first of 6 finalists being announced. Oliver Mather, 20, from The Punchbowl Inn at Crosthwaite won the cook off on 11th April at Kendal College in a tense and competitive semi-final. 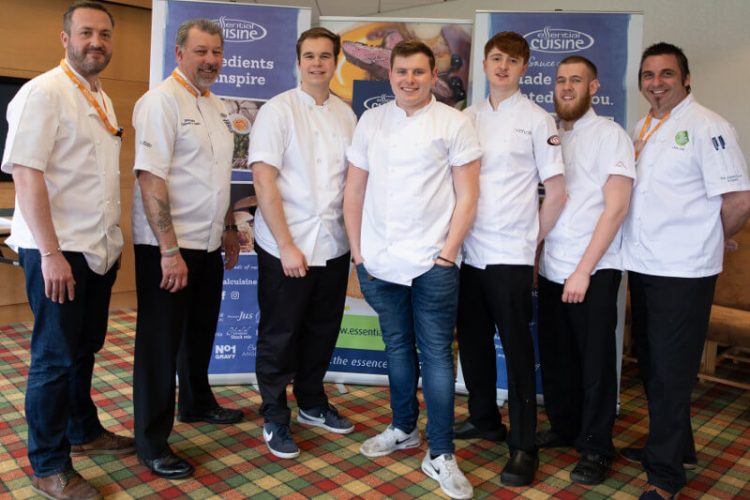 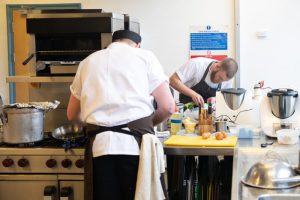 The first of three semi-final cook offs saw the following chefs compete; Jacques Verite (Bistro Verite,) Steven Reddy (Rothay Manor,) Oliver Mather (Punchbowl at Crosthwaite) and Matthew Stanworth (Northcote.) Following his win of the two and a half hour cook off, Oliver said, “I’mso relieved and excited for the next stage. I decided to do a soufflé for dessert which was such a worry, but it worked on the day so I’m happy.”

Oliver’s winning menu began with Morecambe Bay Plaice and Cockles, a main course of Cumbrian loin of lamb and faggot, and finished with a challenging dessert of Yorkshire rhubarb soufflé with ginger anglaise.

His decision to enter the competition was supported by his Head Chef, Arthur Quin, who won the same competition in 2015 and recently came 2nd in the Nationals.

“Arthur encouraged me to get involved; he said what a great competition it is to enter. He had a very enjoyable experience, and met some fantastic peers and chefs in the industry. He learnt so much from his involvement in the competition and I’m sure I will too.”

The new competition format for 2018 will see the winner from each of the three semi-finals progress through to the final which will takes place on 23rd of May at South Cheshire College.

For the unsuccessful chefs, there are still three top scoring places available, which will see the best runners up from across all three semi-finals progress through to the final, so all is not lost.

Judging on the day were Brian Mellor (Chairman of Judges), Jon Fell (The Green Room,) and Alan Wycherley (20 Stories.)

The competition, sponsored by CHR Equipment, Sousvide Tools and Essential Cuisine, now gives Oliver the opportunity to attend a master class with an acclaimed chef to hone skills with the industry’s best, before the final on 23rd May.

Speaking about the final in May, Oliver said “I will keep to my style of cooking – using good quality ingredients, classic methods and simple flavours.”