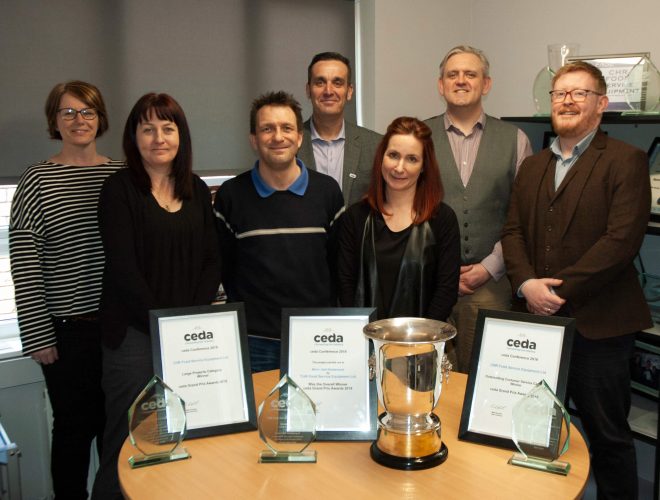 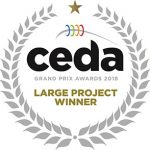 CHR were nominated for the Large Project category for the work undertaken at Moor Hall and also the Outstanding Customer Service category for the Real Junk Food Project in Manchester. In additional to these two awards, CHR scooped the Overall Winner prize for the Moor Hall project.

Now in its 31st year, the Grand Prix Awards are highly contested by CEDA members due to the recognition they have across the industry. CEDA promotes an atmosphere of enterprise, innovation and fair competition where Members operate ethically, encourage excellence and strive for improved standards in both their businesses and the wider Industry.

Paul Neville, CHR Equipment, commented: “I’m thrilled that our team have been rewarded for all their hard work over the past couple of years by winning these awards, it has been a pleasure working on such high profile projects and we look forward to continuing the CHR success story”  ” 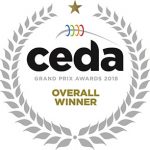 Moor Hall is situated in Aughton, West Lancashire in five acres of gardens and is a grade II* listed gentry house.  The site was acquired by Andy & Tracey Bell in 2015 and has undergone a multi-million pound renovation with a restaurant, luxury rooms and a converted barn achieving Michelin Star recognition within months of opening and firmly becoming a worldwide gastronomic destination for Lancashire.

CHR started work at Moor Hall back in March 2015, creating design layouts to combine the Grade two listed main house and Barn in to the Moor Hall Restaurant Venue. The Brief was to help create “a centre of excellence for food” which included Michelin Accolades.

Mark Birchall, Moor Hall commented on the project “The work carried out by CHR for me and the team at Moor Hall has been exceptional. CHR had been extremely patient and accommodating through the whole design process. They were impressively knowledgeable and completely understand the needs of the business, what needed to be done and how that needed to be delivered.”

The Real Junk Food Project Manchester was started by Stockport-born Corin Bell when she launched the ‘feed bellies not bins’ Real Junk Food Project Manchester in May 2014. The basic premise is to source food that would otherwise have gone to waste from supermarkets, wholesalers and food businesses and turn it into awesome meals which are sold on a ‘pay-as-you-feel’ basis. The brief was to try and help the Real Junk Food team create a permanent kitchen for the project on limited resources. They launched a crowdfunding campaign to raise £20,000 to build a mobile modular kitchen which will be used in their first pay-as-you-feel café and restaurant in Manchester  CHR provided a number of different designs in various locations across Manchester, surveying and budgeting each premises to help find a suitable building. Having found what was to be home, a building in Oxford Street, Manchester CHR had just 4 weeks to re-write the design and deliver and now Manchester has its first pay as you feel restaurant at 85 Oxford Street, Manchester.

You can read more information about the big win for CHR by visiting this article here.